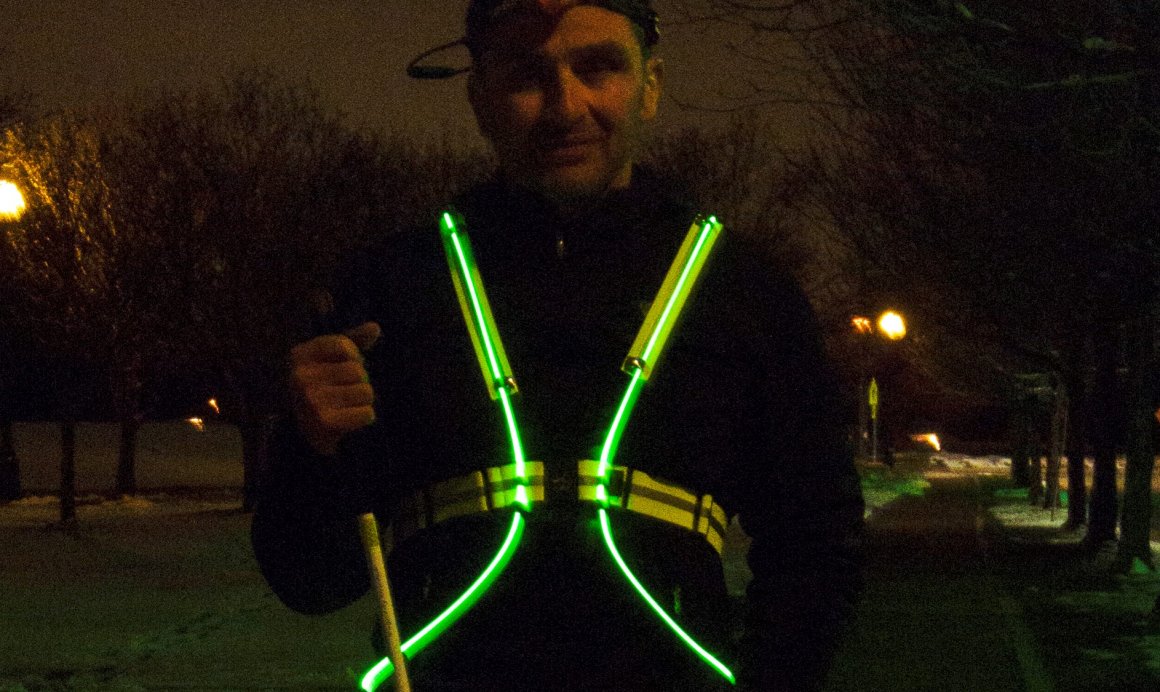 Vision Run USA: A Coast-to-Coast Run by an Inspiring Athlete

Jason Romero is relentless. You have to be to pursue a goal as grand as crossing America on foot, especially as a blind runner. Jason’s “Vision Run” is meant to redefine society’s expectation of the visually impaired community. He wants us all to understand that “regardless of our eyesight, we all have unyielding potential.” This fact holds special significance for us. Noxgear is proud to be a gear sponsor for Jason and the Vision Run.

As of this post Jason has already covered over 1,300 miles and is in his 6th state (Kansas). Click the banner below to visit the Vision Run website.

As his eyesight has continued to decrease, Jason has experienced the impact of assumptions about his capability that much of the blind community faces. He wants to change that perception. He tells Runner’s World, “I became a [much] more active member of the blind community and I realized there are these staggering statistics, like a 70 percent unemployment rate for blind people, a 66 percent obesity rate, two times the rate of depression compared to the general population. You can’t tell me that 70 percent of blind people are unemployable and don’t have those skills.” Jason has made no secret of his struggle to adapt to life as a blind man. He has faced depression and now unemployment.

Running has been a big part of Jason coping with the loss of eyesight. He is an incredible runner. Just a few months ago Jason became the first blind person to win an ultra-marathon. He completed the San Jorge 50 mile course in 7 hours and 24 minutes, shattering the previous record by over 1.5 hours – held by a sighted male. If anyone was to be chosen for the Vision Run, with the goal of changing the perception of what the blind community is capable of, it is undeniably Jason. He now holds running World Records at the 50k, 50 mile, 100 mile, 24 hour, 48 hour and 72 hour races. He’s also a three-time Ironman triathlete, the 2015 US Blind Marathon Champion and placed 4th at the International Paralympic World Marathon Championships in 2015.

Safety is top of mind for Jason. In his interview with Runner’s World the day before he started his journey he said, “Here I’m going to be running in foreign areas where people are not going to be accustomed to seeing a person running out in the middle of nowhere, so safety is really the biggest thing that we are concerned about.” He faces particular risk running in the early morning and at night when visibility is crucial. We were happy to supply Jason with a few Tracer360 Visibility Vests for the Vision Run. He is a great person and athlete and we’re proud to know him. As Jason likes to say…onward!

Learn more about Jason and the Vision Run at www.visionrunusa.com.

Send it to [email protected]